We pick up where we left off last week with Amy Sample Ward, discussing her book, “Social Change Anytime Everywhere.” We’re covering your fundraising plan: scheduling; testing; staffing; budgeting; and tips for your website campaign. Amy is our social media contributor and CEO of Nonprofit Technology Network (NTEN). Her dad Tim joins in to share what it’s like to raise a social media scientist.

Our social media contributor’s book is “Social Change Anytime Everywhere.” When it came out we talked about how your nonprofit can raise money, find advocates and move the needle on engagement in our anytime, everywhere world. Four years later, Amy Sample Ward’s book remains relevant and valuable. (Originally aired 3/15/13) 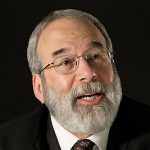 Jonathan Lewis returns with his new book, “The Unfinished Social Entrepreneur,” a collection of 21 original essays on a career in social entrepreneurship.