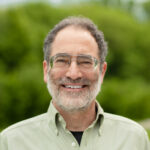 It’s been so long since Andy Robinson was a guest, we need to cover two topics together. First, a dozen potential questions to ask your donor who just said yes to a gift. Then, his advice to up your game as a trainer and facilitator.

Relationships are with people. In my last video—also on Planned Giving relationships—I left out the people. This time I share four memorable stories that show it’s not all about the money.

It’s a mistake to focus on your donors’ legacies in your Planned Giving fundraising promotions.

Laura Cole & Paul Habig: Donor Retention
Now that you’ve got new donors, learn how to keep them with you: Avoid retention pitfalls, leverage technology and track the right metrics. Our teachers are Laura Cole and Paul Habig, both from Sanky Communications. (Also recorded at 19NTC)

Matt Scott & David DeParolesa: Reducing Donor Abandonment
From Amazon to Zappos, there’s a lot you can learn from e-retailers to keep your donors in the checkout stream as they make their online gifts. Our 19NTC panel, Matt Scott and David DeParolesa, reveal proven e-commerce strategies to increase online gift completion. Matt is from CauseMic and David is at Give Lively.

Brenna Holmes & Chrissy Hyre: Welcome Your Donors The Right Way
Your donors now complete their online gifts at record rates. Have you got in place a multichannel welcome and nurture series to receive and steward your new donors? Our panel will get you started. They’re Brenna Holmes with CCAH and Chrissy Hyre from Innovation. (Also recorded at 19NTC)