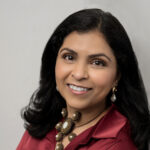 Tony Martignetti: Planned Giving
What can you do for your Planned Giving donors in the midst of the Coronavirus pandemic? Something very meaningful and appreciated. Tony is alone for this short episode.

Relationships are with people. In my last video—also on Planned Giving relationships—I left out the people. This time I share four memorable stories that show it’s not all about the money.

Happy New Year! I’ve got 4 simple essentials for you to get started with Planned Giving fundraising in the new year. Plus a reveal about my next video for our new decade.

A recent client success reminds me that these non-charitable trusts can be valuable for your charity’s Planned Giving program.