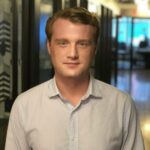 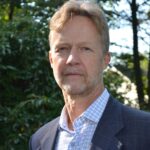 Jessica Meister, Matt Dragon & Justin Greeves: Avoid Website Ageism
How do you design your site to meet the needs of those 65 and over? What about testing with seniors, and accessibility requirements for federally-funded nonprofits? Our panel answers it all. They’re Jessica Meister with Oral Health America; Matt Dragon from Charity Navigator; and Justin Greeves at Porter Novelli. (Recorded at the Nonprofit Technology Conference)

Janice Chan & Danielle Faulkner: Grants For Newbies
Janice Chan and Danielle Faulkner cover the basics of researching and submitting grants. They reveal free resources to find out what’s available, share tips on tracking deadlines, help you prepare for online submissions, and more. Janice is with Johns Hopkins Institutions and Danielle is from Baltimore Community Foundation. (Also recorded at the Nonprofit Technology Conference)

The #1 charity watchdog is my newest client. So good to be working with you!

Written “To the Donors of America,”  The Overhead Myth letter created a lot of buzz in the nonprofit community this summer. My guests are the three co-signers, the CEOs of Better Business Bureau Wise Giving Alliance, GuideStar, and Charity Navigator. Art Taylor, Jacob Harold and Ken Berger will explain what led up to the letter, why it was necessary and why they feel “many charities should spend more on overhead.”
Gene Takagi: Good Overhead, Bad Overhead

Gene Takagi, our legal contributor, helps you understand what may be sensible and appropriate non-program expenses for your nonprofit, and what you should avoid. How do you protect your board, officers and employees, but not go overboard on overhead? Gene is principal of the Nonprofit & Exempt Organizations law group (NEO).