Last month one of my credit card numbers got compromised. I didn’t have many automatic payments on that card, so it was a small nuisance. Two of the companies I did have set up like that are long-standing, five- and six-year relationships. Included with their entreaties that I update my card information were expressions of gratitude for my business. They had never said “thank you” before and that got me thinking.

They were calling and writing to thank me only because they wanted to get back into my pocket. By that time, they had to thank me. It would have been embarrassing if they hadn’t. That’s not genuine gratitude.

Say thanks often. Whether to donors, colleagues, bosses or charges. Say it when you don’t have to, so it’s sincere, and not out of embarrassment.

In fundraising, the conventional wisdom is to thank a donor seven times in various ways when they’ve made a gift. I don’t know that we need to count.

Sincerity means so much more than the number of times. Just do it as often as you can. Make your gratitude sincere and personal and from the heart.

It will be received in the same spirit you deliver it. 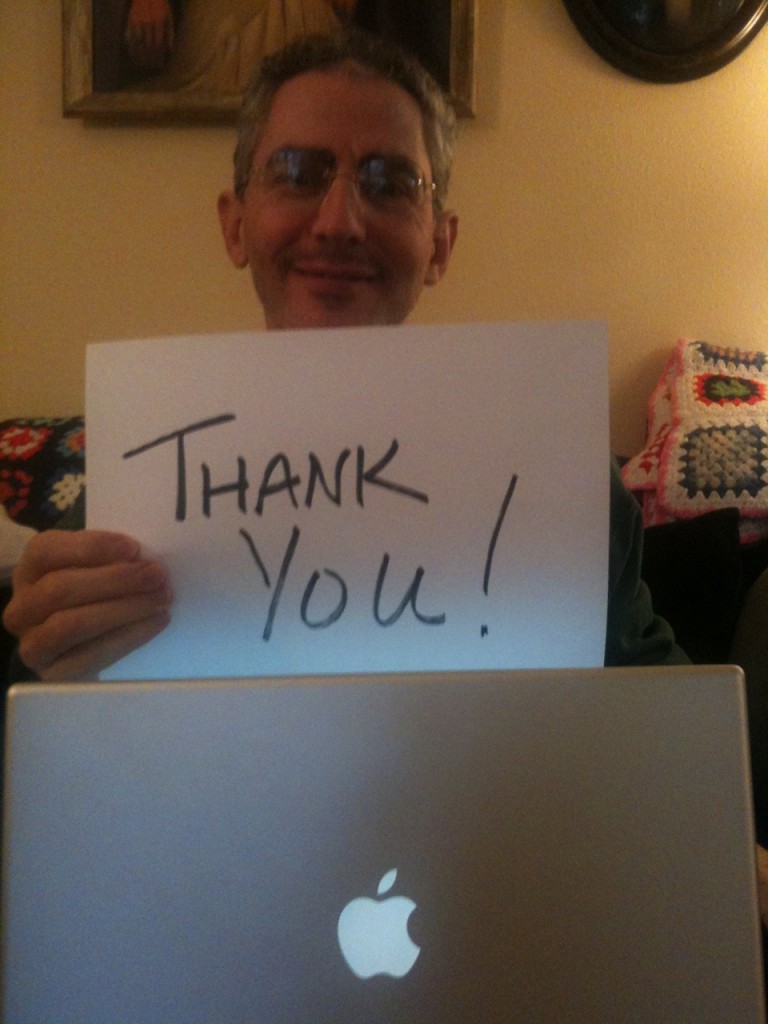 Thank you for spending time with me.

Whether you are a client and accept my advice (following it at your peril); listen to my radio show; guest on the show; accept show alerts into your inbox; hire me to speak live; see me speak live; see me on the web; buy my book; follow, connect, friend or like; whether you read or subscribe to my blog; how ever you spend time with me, I am grateful you’re with me.

I hope your time is well spent. I promise to keep striving to keep my content valuable to you.

You have my best wishes for your Thanksgiving.