It’s Nonprofit Radio’s 11th Anniversary and 550th show! To celebrate, we’ve got the whole gang together. Claire Meyerhoff, our creative producer, co-hosts. We have live music from Scott Stein, composer of our theme music, Cheap Red Wine. Our esteemed contributors are with us: Gene Takagi and Amy Sample Ward. Join us!

Best part is the heartfelt cameo from Tony Martignetti, Sr., with commentary on his son. 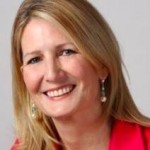 When it’s time to write another donor profile for your website, newsletter or Facebook, you’ll be glad you heard Claire Meyerhoff’s time-saving tips for producing high-quality, donor-centric content. She’s our creative producer and president of The Planned Giving Agency.

This is the podcast I produce for The Chronicle of Philanthropy. It’s a monthly, 10-minute burst of savvy fundraising tips from expert guests. This first round-up includes strategies on donor cultivation; tricks for #GivingTuesday; Planned Giving; and corporate foundation giving.