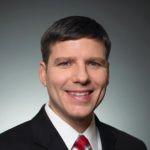 You have options today! First, Chris Labbate walks us through fully insured; self funded; level funding & minimum premium, so you understand your choices paying for your employees’ health insurance. Chris is with Marsh & McLennan Agency.

Then, we talk leadership options with Gene Takagi, our legal contributor and principal of NEO, the Nonprofit & Exempt Organizations law group. Co-CEOs anyone? How about holacracy?

You need insurance when you have volunteers who are out representing your charity and using your name. You also need it as protection from employee lawsuits. William Henry is executive director of Volunteers Insurance Service. He and I talk insurance, and we’ll also look into another risk management tool: disaster planning.

Nancy Levin is director of development and external affairs at My Sister’s Place. Her conference topic at last year’s National Philanthropy Day in Westchester county, NY encourages you to plan your events with a theme that engages and informs your audiences and leaves them with a call to action.

Here is the link to the audio podcast: 094: Insurance is Indicated & Spinning Your Event Theme.
View Full Transcript

This is related to my post two weeks ago, “It’s Planned Giving, Not Product Giving.” I said some financial product salespeople don’t have your program’s best interests at heart when they offer to “help.”

Occasionally, those offering specious help come bearing innovative, cutting-edge programs. Most of the ones I’ve seen have life insurance at their core.

Their hallmark is a paper or slide with a score of arrows connecting six or eight boxes. There’s a box for the donor and one each for your charity, the life insurance policy, the trust that owns the policy, the trustees of the trust and the AAA-rated company selling the policy. Arrows are shooting in and out of boxes and around corners.

They’re always convoluted. I ask three times how the programs work, and I can’t regurgitate the explanations 30 minutes later.

A lot of times the plans’ advocates aren’t salespeople, but well-meaning board members or committed donors.

I’ve been in Planned Giving since 1997, as a program director and consultant. I’ve never passed on one of these as something to offer donors. They might be appropriate for huge charities with highly mature programs, though I’m skeptical.

How do you protect your charity and your donors–without sounding ungracious–when offered what I’m describing? Ask two questions.

I don’t feel like a curmudgeon, though you may think I sound like one. In 15 years I’ve seen a lot of bad practices seeking refuge under the Planned Giving umbrella.

Protect your charity from dubious ideas that don’t add value for donors.

Planned Giving practitioners and theorists stress donor-centered fundraising. But some with an interest in Planned Giving are out to push products, irrespective of whether they’re right for your donors. Don’t let your charity, your program–and your donors–be compromised by these folks.

This has been bothering me for nearly four years, when I started to see it trending upward. The “it” is people who sell financial products calling themselves “planned giving consultants” or something similar.

In fact, they aren’t consultants at all. They’re salespeople. Typically their products are life insurance or commercial annuities, but the menu may vary. Some sell multiple products.

What offends me most about this community of salespeople is that “donor-centered” to them means “Your donors all need the financial product I sell.” It’s just amazing how a seminar led by a life insurance specialist of this ilk will conclude that everyone in the audience needs more life insurance. I’ve been in such programs.

Amazing too that in meetings with a charity’s leadership, life insurance forms the basis of the “planned giving” program these “consultants” pitch. I’ve been in such meetings, screening for self interest to protect my clients from those offering to help the Planned Giving programs I’ve created. This kind of help my clients don’t need.

What I’m describing does not impugn all financial product brokers. Most are ethical and don’t purport to be any type of fundraising consultant. I regularly include a life insurance broker in panel programs I manage for clients.

Life insurance and other commercial financial products certainly have their place in the discussion of estate and retirement plan charitable gifts.

Here’s my point: those who sell the products are not Planned Giving consultants.

Protect your charity’s reputation. Protect your program’s integrity. Protect your donors’ plans. Give a gracious “No thank you” to specious offers of help from people whose real interest is selling financial products.