This is the team on the hot-seat-of-the-week. They’re the ones praying for a devastating tornado, locust outbreak, politician meltdown or the return of Jesus. Anything to get them off the front page and out of the crawl.

It’s the IRS office accused of unfairly scrutinizing and delaying applications for tax-exempt status from conservative political organizations like the Tea Party.

I don’t think the low-level staffers in the Determinations Unit were politically motivated. I think they were trying to deal with a mountain of work while understaffed, so they searched for keywords to aggregate applications and handle similar groups with a degree of regularity.

We’ve seen for years the unit is understaffed and struggles to keep up:
— application responses routinely take close to a year and I’ve known groups that waited months longer than that
— an online application project was delayed, and I haven’t heard about it since
— the 2011 loss of tax exempt status for 275,000 charities meant many thousands would reapply, adding monumental burden

Much is being made of the unit’s requests for donor lists, but how a group is funded has long been part of the criteria for determining whether an organization qualifies for tax-exempt status.

I’m looking at an IRS letter from 2001 confirming a client’s exempt status. The agency informs the organization that if its “sources of support, or its character, method of operations, or purposes have changed” there may be a change in the exempt status.

I predict this scandal will lead from IRS Code section 501(c)(4) to 501(c)(13):
Cemetery companies owned and operated exclusively for the benefit of their members . . .

Then we’ll learn where the bodies are buried.

IRS released these FAQs on what the Determinations Unit did and why.

If your charity’s tax year is the calendar year, your IRS form 990 is due by May 15.

Not sure if you have to file? Here’s help.

Years ago, someone in a seminar was quite vociferous about how I was wrong to say four-and-a-half months. I couldn’t dissuade him. He wasn’t quibbling over “half a month” leading to the 14th of May.

He didn’t see the equivalence. I was polite.

I’ve seen plenty of 990’s delayed for more than a year. That plays havoc, by the way, with charity registration deadlines in the states where you solicit donations. I know that work intimately. I wrote a book about it. I also published a paper.

Important fine print: I am not your attorney or your accountant. Seek the advice of your professional advisors in all matters of IRS compliance.

The IRS form 990 for 2012 has been released, and it continues to inquire about your office’s compliance with Charity Registration laws in the states where you solicit donations.

There have been significant changes to the form and its shorter sibling the 990-EZ.

But the Charity Registration inquiries remain.

Part VI, question 17 asks you to list the states in which you are required to file form 990. That is a basic part of registration in nearly every state. If you’re required to register before you solicit in a state, odds are you’ll be required to include the 990 with your application.

This is the federal agency’s oblique way of gaining jurisdiction–or legitimacy–to inquire about your compliance with state laws. It’s interesting.

Schedule G, part I, question 3 has you explicitly list the states in which you’re registered to solicit, or have been notified you’re exempt.

I hate to nitpick, but you won’t necessarily be notified by a state if you’re exempt there. In a good number of states, you determine exemption on your own and make no filing. In others you must file for exemption and be approved.

Every charity doesn’t submit this schedule with its 990. You file schedule G if, among other things, you spent more than $15,000 for professional fundraising services or reported more than that in fundraising event gross income. (See form 990, part IV, questions 17-19.)

Form 990 is signed by an officer under penalty of perjury. (See part II.)

There are precious few places where our IRS inquires about your compliance with state laws where you solicit donations.

But they’re alive and thriving.

If you want a fuller explanation of Charity Registration, take a look at the article I published in the journal “Taxation of Exempts.”

CMA Section: I am not your attorney or your accountant. Seek the advice of your professional advisors in all matters of IRS compliance.

Evan Giller, a founding member of the law firm of Giller & Calhoun, explains the IRS’s 50% off-the-penalty sale for 403(b) retirement plans that are not in compliance. Many plans are not up to code and this is the year to fix the problems. We’ll talk about the common mistakes and what to do.

Our regular legal contributors, Gene Takagi and Emily Chan of the Nonprofit & Exempt Organizations Law Group (NEO) answer these questions: how do you determine what’s reasonable compensation for executives? What happens if comp is excessive? What’s the automatic penalty that kicks in if you don’t disclose benefits? Plus, we’ll do a board role play. Let’s see who chairs the meeting. (This is from the Nonprofit Radio vintage archive. Last October was a very good month.)

Here is the link to the audio for the show: 134: IRS Sale In Aisle 403(b) & Compensation Clarity. You can also subscribe on iTunes to get the podcast automatically. 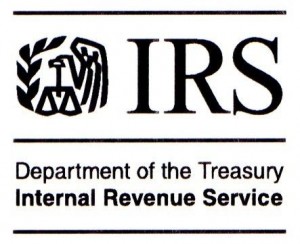