Yolanda F. Johnson: From Opera Singer To Fundraiser
Yolanda Johnson’s classical opera training informs her fundraising practice. She’s the founder and president of YFJ Consulting and the first African-American president of Women in Development, NY. She’s with us for the hour. 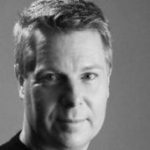 Here’s an excerpt from Tony Martignetti Nonprofit Radio on Planned Giving marketing. These quick tips and strategies mean you can add Planned Giving to your fundraising program without a big time commitment.

For SO much more detail, listen to the full show.

It was the last full month of official summer and you might have been off on a much-needed and well-deserved vacation. At least, that’s what you told yourself. I’ll indulge you.

You may have missed August’s Fundraising Fundamentals podcast for The Chronicle of Philanthropy. I talked about development plans with my guests Amy Eisenstein, author of “50 Asks in 50 Weeks,” and Sue Dunning, executive director at Big Brothers Big Sisters of Mercer County New Jersey.

What is a development plan and when should you have one? What ought to be in yours? Who should have input into it and how does it get approved? What team leads the execution? What did Big Brothers Big Sisters learn that might help you? All that in under 10 minutes. Listen here.

As my grandfather used to say, it’s better than a kick in the head. Thanks grandpa.