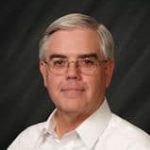 The month of January on Nonprofit Radio is devoted to your 2018 plans. From fundraising to free coaching and the new tax law. We’ve got you covered for the New Year, all month.