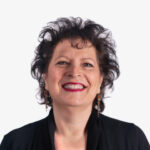 We’d rather face death or the dentist, we’d rather talk about money or sex, than have to speak to an audience, even a small one. Laurie Krauz can help you overcome your anxiety around talking in public, with her preparation strategies. She’s a presentation skills coach.

[00:01:57.14] spk_1:
Hello and welcome to Tony-Martignetti non profit radio big non profit ideas for the other 95%. I’m your aptly named host of your favorite abdominal podcast and uh, oh, I’m glad you’re with me. I’d bear the pain of elia tibial band syndrome if you irritated me with the idea that you missed this week’s show, overcome your fear of public speaking, we’d rather face death or the dentist, we’d rather talk about money or sex than have to speak to an audience even a small one, Laurie Krauss can help you overcome your anxiety around talking in public with her preparation strategies. She’s a presentation skills coach. tony state too. Next week is Memorial Day, we’re sponsored by turn to communications pr and content for nonprofits. Your story is their mission turn hyphen two dot c o what a pleasure to welcome back After really too long a hiatus, Laurie Krauss to nonprofit radio having worked in both the corporate and entertainment industries, Laurie brings great skill from a remarkably eclectic educational and professional background to her work as a public speaking presentation and interview skills coach. She’s a professional entertainer and has helped men and women from all over the world and all walks of life achieve their own personal and professional styles while developing their ability to offer dynamic, compelling presentations. She’s also helped AmeriCorps, Sony BMG BBC television, jOHn jay College of Criminal Justice, martignetti planned giving advisors aptly named mary J Blige Foundation for the Advancement of Women. Now you’ll find Lori crafts on linkedin. Hello, Laurie, welcome back.

Many thanks to the Gift Planning Council of New Jersey for hosting me!

Need a speaker? Let’s discuss. Get in touch on my contact page. 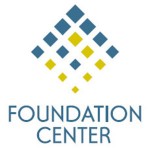 These are the requirements in 49 states and DC, that you be registered with state authorities in each state where you solicit donations.

Here’s what you’ll walk away knowing:

Along with a colleague, I delivered this a few weeks ago at The Support Center. An attendee wrote:

“Well done, useful & timely workshop. This issue is lurking below the surface and should be made better known.”

I agree. I’m working on it.

Someone else believed the program, “Might help our clients evaluate where to focus their registrations.” Cool. I always have consultants in the audience.

I promise you’ll walk out knowing a hell of a lot more than you know now. I hope you can be with me!

My slides are below.

It’s $12 and a two drink minimum. The doors open at 8:45 and I implore you to make a reservation and arrive early. At my last show some unreserved friends didn’t get in because the show sold out.

Come out and laugh! Then say hello after the show!

Presentation and public speaking coach Laurie Krauz has four steps to get you from, “No way I’m getting in front of those people” to “I killed!”

Pinterest is the newest social media property to skyrocket. What’s it about and is there anything in it for your nonprofit? Scott Koegler is our regular tech contributor and the editor of Nonprofit Technology News.

Please take a moment to take the survey for this week’s show with Laurie and Scott!

You’ll find it below. If you could also share it with other nonprofit professionals, I would appreciate it. The more people who take it, the better the results and the better the show! Thank you!

Here is a link to the survey: http://www.surveymonkey.com/s/WD2W2VX

Here is a link to the podcast: 083: More Dreaded Than Death & Dentist: Public Speaking & Pinterest Possibilities

Here are the links to the articles mentioned during the Pinterest segment.