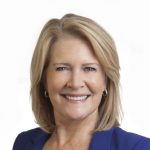 Gail Perry: Fire Up Your Board Fundraising

Consultant and author Gail Perry will reveal proven techniques to motivate your board to step-up to their fundraising responsibilities. Her book is “Fired Up Fundraising.” (Originally aired 11/12/10. And board fundraising is still an issue.)

Thanks to our fab prize sponsors!

@CuraCoffee Thanks for sponsoring @TonyMartignetti!! We are SO grateful for his insightful podcast! Learned so much!! #gotrnashvillelovesyou 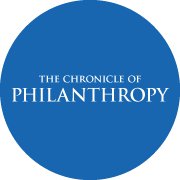 This is really cool.  Starting last Thursday I host a monthly podcast interview show for The Chronicle of Philanthropy. “Fundraising Fundamentals” will be released by The Chronicle every third Thursday of the month. You can listen there or on iTunes, where you can subscribe.

My first guest is Gail Perry and she’s perfect to kick-off the show!  She’s the author of “Fired-Up Fundraising: Turn Board Passion Into Action” and that topic is so critical for success, yet so many nonprofits struggle with it.  She shares super ideas, like “redefine ‘fundraising’ so even board members who hate it can be part of it.”  She has a lot of practical, easy-to-follow advice that comes out in our 20 minute conversation.

Listen to the first podcast with Gail, and subscribe to the series.

(Gail has been a guest on Tony Martignetti Nonprofit Radio.  If you want to hear an hour-long interview with her, it’s show number 47.)

This is a repeat of the November 12, 2010 episode of Tony Martignetti Nonprofit Radio.

Gail Perry, MBA, CFRE, best-selling author of Fired-Up Fundraising: Turn Board Passion into Action (Wiley 2007), and her Passion-Driven Fundraising approach, developed over the past 22 years as a non-profit philanthropy expert, has helped organizations raise hundreds of millions in gifts and support. You can learn more about Gail on her website.

Topic: Fire Up Your Board Fundraising: Gail Perry will reveal proven techniques to motivate your board to step-up to their fundraising responsibilities.

Here is the link to the podcast: 047: Fire Up Your Board Fundraising.

Don’t forget to subscribe to the show’s podcast on iTunes. Download and listen whenever and wherever you want.

Here’s a guide: 12 Ways to Liven Up Your Board Meetings – and Your Board.
View Full Transcript