If you want to reach and engage effectively online, you have to plan. What’s the leadership role? How do you get buy-in? What about those who stray from your agreed goals? Tulani Elisa is with Threespot. Dottie Hodges and Amanda Heidtke are from Hodges Consulting. We talked at the 2014 Nonprofit Technology Conference. (Originally aired September 12, 2014) 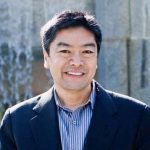 If you’re raising money on one of these sites, do you need to register under state solicitation laws? Is it OK to give a gift in exchange for the donation? Can you raise money for an individual? Lots of issues for you, explained by our crack legal contributor, Gene Takagi, principal of NEO, the Nonprofit & Exempt Organizations law group.

If you want to reach and engage effectively online, you have to plan. What’s the leadership role? How do you get buy-in on the plan? What about those who stray from agreed goals? Tulani Elisa is social media manager for Threespot, and Amanda Heidtke is director of digital strategy for Hodges Consulting, where Dottie Hodges is president. (Recorded at NTC, the Nonprofit Technology Conference 2014.)

Yigit Uctum is a CPA with Wegner CPAs. He’s got ideas for using your IRS Form 990 in your marketing. See, it does have a purpose.