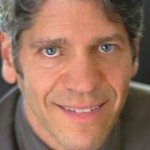 Paul Loeb has been doing social change since the Vietnam War and his most recent books are “Soul Of a Citizen” and “The Impossible Will Take a Little While.” After nearly 50 years of activism, he has a lot to recommend about keeping yourself motivated day-after-day, especially in a time when nonprofits may suffer federal cutbacks. We talked at Opportunity Collaboration 2015 in Ixtapa, Mexico.

Are your videos engaging? Do they deepen your donor connections? Are you taking advantage of video personas? Is video part of your donor onboarding and retention strategies? If you answered “no” to any of these, Michael Hoffman and Jono Smith can help you. Michael is with See3Communications and Jono is from Make-A-Wish America. We talked at the 2016 Nonprofit Technology Conference.

Michael Hoffman, CEO of See3 Communications, has takeaways from this survey that YouTube contributed data to: What works in video? What doesn’t? How do you measure so you’ll know? Plus he explains why he’s a big fan of Google+ Hangouts on Air. Recorded at NTC in April. df

Have fun in your social networks, because fun means viral! Also, identifying the VIPs in your networks and empowering your supporters. Matthew Fisher is chief marketing officer for Fission Strategy. Also from NTC.