What do you do for board members who can’t read your balance sheet? The authors of “The Board Member’s Easier Than You Think Guide To Nonprofit Finances” can answer that. Andy Robinson and Nancy Wasserman explain why understanding finances is critical so board members preserve your good work and protect themselves. Do their eyes glaze over when the numbers come out? We’ll help your board achieve financial literacy. 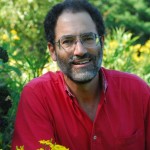 Gene Takagi: Build Your Best Better Board
Gene Takagi returns! He’s got strategies to help you build the diverse, effective, thoughtful, appropriately-sized, well-trained board you deserve. He’s our legal contributor and managing attorney of NEO, the Nonprofit and Exempt Organizations law group.

[00:01:39.64] spk_0:
Hello and welcome to tony-martignetti non profit radio big non profit ideas for the other 95%. I’m your aptly named host of your favorite abdominal podcast, and I’m glad you’re with me. I’d come down with dyskinesia if you gave me a taste of the idea that you missed this week’s show. Build your best Better board. Jeanne Takagi returns. He’s got strategies to help you build the diverse, effective, thoughtful, appropriately sized, well trained board you deserve. He’s our legal contributor and managing attorney of Neo, the nonprofit and exempt organizations law group tony State, too. Podcast pleasantries and planned giving accelerator. We’re sponsored by turn to communications, PR and content for nonprofits. Your story is their mission. Turn hyphen two dot c o. It’s my pleasure to welcome back, as it always is. Jeanne Takagi. These are legal contributor, managing attorney of Neo, the nonprofit and Exempt Organizations Law Group in San Francisco. He edits the enormously popular nonprofit law blog dot com and is a part time lecturer at Columbia University. The firm is that neo law group dot com, and he’s at G Attack Gene, welcome back to the show. 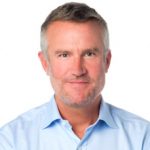 [Video] Get The Best Out Of Your Trustees: Strategies for identifying, recruiting, training, engaging and transitioning board members, from a panel of 3 working in nonprofits. [Video] Working With Your Small Organization Board: Setting expectations; recruiting; training; fundraising; and assessing, all for the small org board.

Program Your Board: Your board’s responsibilities around programs with Gene Takagi, our legal contributor.

Back To Board Basics: More from Gene Takagi, talking about who should be on your board (your CEO? other employees?) and term limits.

Back To Board Basics II: Gene and I continue the conversation on sound board practices. How often should they meet; automatic removal; and very young trustees (in real age, not how they act).

Your More Effective Board: Gayle Gifford is the author of “How To Make Your Board Dramatically More Effective, Starting Today.” She’ll help you make sure your charity’s mission is relevant; your CEO is supported; and your board is strong.