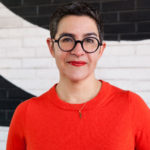 Sarah Durham: Coronavirus Communications
Our third Special Episode features Sarah Durham, CEO of Big Duck. Amidst our pandemic, what’s the right timing for the right messages to the right audiences? She also explains her 5 principles of tone and style.

[00:00:43.04] spk_1:
welcome to tony-martignetti non profit radio coverage of 20 and T. C. That’s the 2020 non profit technology conference. Regrettably, the conference in Baltimore had to be canceled, but we’re persevering virtually via zoom, sponsored at 20 NTC by Cougar Mountain Software Denali Fund is there complete accounting solution made for nonprofits tony-dot-M.A.-slash-Pursuant Mountain for a free 60 day trial. My guest today is Sarah Durum. She is CEO of Big Duck and add dramatic Sarah. Welcome.

I’m kicking off the Nonprofit Radio Knowledge Base:

Brandraise to Fundraise
Sarah Durham is principal and founder of Big Duck, communications consultants for nonprofits. People need to know you before you can ask them for money. What is brandraising and how does it pave the road to fundraising? (Nonprofit Radio for 12/6/13)
safdadf
Discover Your Brand
Nadia Tuma is a brand innovation strategist with clark | mcdowall. Your brand goes much deeper than logo and tagline. What’s the process to discover your brand strategy? Once you’ve found it, how do you manage it? Nadia and I discussed on Nonprofit Radio, 3/26/13.
asdfasdf
IA & UX: Information Architecture & User Experience
Lacey Kruger, lead information architect at Blackbaud, and Misty McLaughlin, the company’s principal user experience consultant, have lots of ideas to help you design your online properties for success, so visitors return and supporters stay engaged. (Nonprofit Radio for 2/1/13)

Sarah Durham is principal and founder of Big Duck, communications consultants for nonprofits. People need to know you before you can ask them for money. What is brandraising and how does it pave the road to fundraising? (Recorded at Fundraising Day in June)

Now that you have donors, how do you best preserve and protect their information? Scott Koegler is our tech contributor and editor of Nonprofit Technology News. 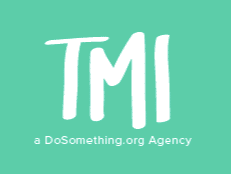