We’re kicking off the 2022 Nonprofit Technology Conference (#22NTC) conversations, with a discussion of how equity can be incorporated into your nonprofit’s performance measurement. Sharing their collaboration are Danielle Fox at Union of Concerned Scientists, Ellonda Williams with B Lab and Rajneesh Aggarwal from Provoc. 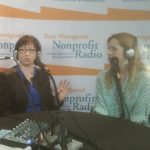