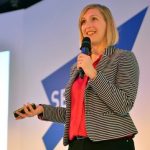 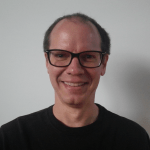 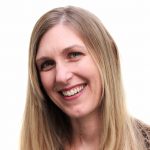 Karen Graham, executive director at Idealware, announces their new publication to help you use technology smarter. She has a discount for Nonprofit Radio listeners! You need to know this organization and its valuable work.

What does it take to successfully manage offsite employees? You start with the right mindset, people & jobs. You also need tools, rules & etiquette. Heather Martin & Karen Graham are in the trenches on this and they share their wisdom. Heather is COO at Interfaith Family & Karen is executive director of Idealware. We talked at the 2016 Nonprofit Technology Conference.

Then, Amy Sample Ward is with me live to share her tips and lessons learned as CEO of Nonprofit Technology Network (NTEN), an organization with several remote employees. 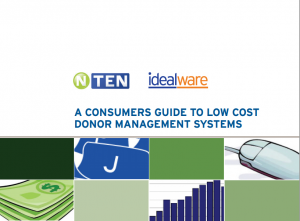 A free and valuable comparative survey of software for nonprofits was introduced to me by Maria Semple on Tony Martignetti Nonprofit Radio when she and I were talking about constituent relationship management (CRM) and its importance for prospect research.

Our segment together was “See The Right CRM System.”

My listeners know Maria. She’s “The Prospect Finder,” a smart and incredibly resourceful prospect research consultant–and a monthly contributor to my show. (If you don’t have in-house research, or your research staff is stretched, you should talk to Maria.)

On the August 10 show, she explained why you need to have the right software managing relationships with your employees, those you serve, donors, volunteers, vendors, community supporters, related charities in your community and all your other constituents. (I do hope you recognize donors are not your sole constituency.)

“A Consumer’s Guide to Low Cost Donor Management Systems” compares 29 offerings and provides detailed analysis of 10 of the most popular, including eTapestry and DonorPerfect. Each system costs $4,000 or less. That’s ideal for my listeners in small- and mid-size charities.

The guide is objective, written by Idealware and NTEN, the Nonprofit Technology Network (whose membership director, Amy Sample Ward, will be Nonprofit Radio‘s