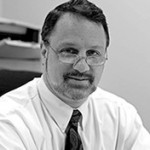 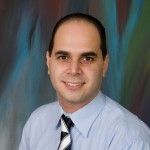 If your charity’s tax year is the calendar year, your IRS form 990 is due by May 15.

Not sure if you have to file? Here’s help.

Years ago, someone in a seminar was quite vociferous about how I was wrong to say four-and-a-half months. I couldn’t dissuade him. He wasn’t quibbling over “half a month” leading to the 14th of May.

He didn’t see the equivalence. I was polite.

I’ve seen plenty of 990’s delayed for more than a year. That plays havoc, by the way, with charity registration deadlines in the states where you solicit donations. I know that work intimately. I wrote a book about it. I also published a paper.

Important fine print: I am not your attorney or your accountant. Seek the advice of your professional advisors in all matters of IRS compliance.

The IRS form 990 for 2012 has been released, and it continues to inquire about your office’s compliance with Charity Registration laws in the states where you solicit donations.

There have been significant changes to the form and its shorter sibling the 990-EZ.

But the Charity Registration inquiries remain.

Part VI, question 17 asks you to list the states in which you are required to file form 990. That is a basic part of registration in nearly every state. If you’re required to register before you solicit in a state, odds are you’ll be required to include the 990 with your application.

This is the federal agency’s oblique way of gaining jurisdiction–or legitimacy–to inquire about your compliance with state laws. It’s interesting.

Schedule G, part I, question 3 has you explicitly list the states in which you’re registered to solicit, or have been notified you’re exempt.

I hate to nitpick, but you won’t necessarily be notified by a state if you’re exempt there. In a good number of states, you determine exemption on your own and make no filing. In others you must file for exemption and be approved.

Every charity doesn’t submit this schedule with its 990. You file schedule G if, among other things, you spent more than $15,000 for professional fundraising services or reported more than that in fundraising event gross income. (See form 990, part IV, questions 17-19.)

Form 990 is signed by an officer under penalty of perjury. (See part II.)

There are precious few places where our IRS inquires about your compliance with state laws where you solicit donations.

But they’re alive and thriving.

If you want a fuller explanation of Charity Registration, take a look at the article I published in the journal “Taxation of Exempts.”

CMA Section: I am not your attorney or your accountant. Seek the advice of your professional advisors in all matters of IRS compliance.