Deborah Kaplan Polivy: The Time For Endowment Building Is Now 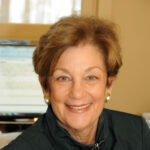 That’s Deborah Kaplan Polivy’s new book. She’s with me to explain why that title is a simple truth.

[00:01:00.54] spk_1:
Hello and welcome to Tony-Martignetti non profit radio big non profit ideas for the other 95%. I’m your aptly named host of your favorite abdominal podcast and oh, I’m glad you’re with me, I’d suffer the effects of Takayasu says arthritis if you inflamed me with the idea that you missed this week’s show. The time for endowment building is now. That’s Deborah Kaplan policies new book, She’s with me to explain why that title is a simple truth. I’m Tony state too planned giving accelerator. We’re sponsored by turn to communications pr and content for nonprofits. Your story is their mission turn hyphen two dot C o. It’s my pleasure to welcome Deborah Kaplan Pahlavi and before I continue with her official bio, I should have asked you before we started recording, but you’re suffering a lackluster host. Am I pronouncing your last name correctly?

What does it cost your charity to not have a Planned Giving program that promotes gifts in estate and retirement plans?

It costs you stronger relationships. When donors include you in their long-term plans, they’re putting you alongside husbands, wives, children and grandchildren. Among the bequests for loved ones, there’s a gift for your organization.

That’s a pretty special relationship and a lot can come from it, as I suggest below.

Depending on how far you go with Planned Giving, perhaps into offering charitable gift annuities, donors will be counting on you to pay them income for life. They trust you that much. That’s a strong bond.

But you need not go that far into PG to feel the love from donors. Having a program that only encourages gifts by will gets you deeper, stronger relationships.

It costs you endowment growth. Many planned gifts are unrestricted. I routinely encourage clients to put as much of that undesignated revenue as possible into creating or growing an endowment.

As you build that fund–by spending no more than its earned income each year–you’re assured of a steady, budget-ready stream of endowment revenue annually. (Well, “assured” is relative. Endowment funds are not guaranteed to have gains every year. It depends on how they’re invested.)

It costs you growth in other giving. It is common for Planned Giving donors to increase their giving in other ways, especially to your annual appeal. They feel the stronger relationship and want to show their love.

Sometimes, planned gift discussions result in outright gifts. I see it about 10% of the time. Donors get so moved by the potential good their gift can do that they decide to make their gift immediate, forgoing the gift they intended for their will or other estate plan.

It costs you fundraising ambassadors. Another example of planned gift donors showing love. Many act as willing spokespeople, encouraging others to give to your organization.

They can sign a letter or an email or stand up at a lunch. I’ve witnessed testimonials that moved rooms full of potential donors to tears.

Donors are so much more compelling than us pros.

Sometimes, you just have to ask. Sometimes, they’ll act on their own.

It costs you time with elder folks. I love the company of older people. Don’t deny yourself the joy. I bared my heart in “I Love Planned Giving.”

Clearly, I’m not objective about Planned Giving. I love it and I’m a proud evangelist!

Think about starting a Planned Giving program. I’d hate to see you take on these costs. They’re so unnecessary.

Start thinking about your promotion of memorial planned gifts, or gifts-in-memory-of your donors’ loved ones, now, so you’re prepared come May and June. If you’ve already got this in your annual plan, excellent. Either way, I have a few ideas. Add yours.

Facebook It. Remind fans this is the season to remember loved ones and dear friends. Include a link to your giving or Planned Giving page.

Direct Mail. If you’re not doing a mailing devoted to memorial gifts, drop a slip into an existing mailing. Or add a P.S. to a letter you’re already planning. No additional expense for either of these.

Newsletter. Got a newsletter going out in May or June? Drop in a sidebar.

Email. Got a list? Send a blast. Include a link for more information, or a link that opens an email to you.

Events. A short mention at spring cocktail parties will remind people of their parents’ and siblings’ wedding and graduation years.

Build Endowment. If you have an endowment, encourage memorial gifts to create or augment a fund in memory of family. Donors with funds might ask family to make a gift to your endowment as their anniversary gift. If you don’t have an endowment, you probably should by this time next year.

I hope spring is productive for you, before things slow down during summer. I remember when that was true.

I like Tom Waits. Here’s his “You Can Never Hold Back Spring.”

Rob Mitchell, CEO of Atlas of Giving, is with me to talk about 2011’s giving by sector, source and state. We’ll also look ahead to his forecast for this year.

From the National Conference on Philanthropic Planning last year, Kathryn Miree, consultant, and attorney, Turney Berry, look at alternatives to endowment design that are rooted in lawsuits, law changes and difficulties implementing donor purposes that have arisen with the way endowments are traditionally set up.

Here is the link to the podcast: 076: Looking At Giving, 2011 & 2012 and Breaking The Mold In Traditional Endowment Design 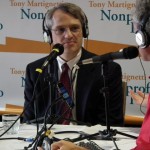 Topic: Death Won’t Stop Me: Multigenerational Philanthropy:
Donors who don’t want to stop giving to you merely because they’ve died can use different legal structures to continue their philanthropy through generations. Reynolds Cafferata, Esq. joined me at the National Conference on Philanthropic Planning to explain. 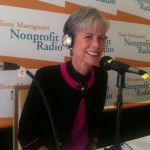 Topic: Endowment Emergency:
Kathryn believes there’s a crisis swirling around how endowments are invested, allocated and spent. She joined me and Raymund Flandez of The Chronicle of Philanthropy at the National Conference on Philanthropic Planning to share solutions and best practices.

Here is the link to the podcast: 021: Death Won’t Stop Me and Endowment Emergency