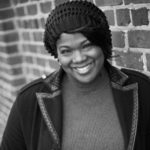 I’ve got three videos of a smart panel I moderated for the Foundation Center in New York City last November. They’re all about building and growing relationships with institutional funders. You’ll see many parallels between this work and your individual major giving program.