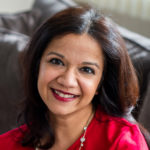 Pratichi Shah: Your Dismantling Racism Journey
Starting with your people, your culture and your leadership, how do you identify, talk about and begin to break down inequitable structures in your nonprofit? My guest is Pratichi Shah, founder & CEO at Flourish Talent Management Solutions.

[00:01:49.94] spk_0:
welcome to tony-martignetti non profit radio big non profit ideas for the other 95%. I’m your aptly named host. This is a special episode of non profit radio to help you be the change around racism and white privilege. You’re dismantling racism, journey, picking up from our last special episode, starting with your people, your culture and your leadership. How do you identify talk about and begin to break down inequitable structures in your non profit? My guest is pretty sheesha. Founder and CEO at Flourish Talent Management Solutions were sponsored by wegner-C.P.As guiding you beyond the numbers wegner-C.P.As dot com by Cougar Mountain Software Denali Fund. Is there complete accounting solution made for non profits tony-dot-M.A.-slash-Pursuant Mountain for a free 60 day trial and by turned to communications, PR and content for non profits, Your story is their mission. Turn hyphen two dot studio. It’s a real pleasure to work. Um, welcome. I’m not working. I’m welcoming. I’m welcoming pretty sheesha. She’s an HR strategist and thought leader with 25 years experience in all aspects of talent management. She’s making her face when I say 25 years, Human resource is equity and inclusion and organizational development in the non profit and for profit arenas. She’s founder and CEO of Flourish Talent Management Solutions. The company is at flourish. Tms dot com Prodigy, Welcome to the show. 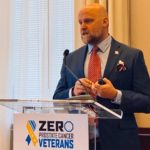 Jamie Bearse: Your Organization’s Health
At ZERO, The End of Prostate Cancer, they have a culture grounded in high responsibility, high freedom, transparency, accountability, curiosity and adaptability. They’re a Nonprofit Times 50 Best Places To Work. Jamie Bearse is ZERO’s CEO. 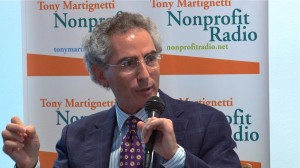 Last month I hosted a panel for AFP’s New York City chapter on creating a culture of philanthropy throughout your office: way beyond the development staff to include the CEO, finance office, program staff and facilities workers. Everybody.

The panelists were:
Terry Billie, Director of Corporate & Foundation Relations for Goodwill Industries of NY and NJ
Matthew Bregman, VP for Development at Brooklyn Academy of Music (BAM)
Brian Saber, founder and president of Asking Matters

We had a lively, fun conversation over breakfast and there were lots of excellent questions from the audience!

Here are takeaways from our hour-long discussion:
— it has to start with the CEO; if your CEO embraces fundraising, the enthusiasm will trickle down
— each person in your organization can contribute to a positive fundraising culture; it can be as simple as a smile and “hello”
— everyone your staff meets should be treated as a donor; either they are or they could be
— over in finance, reports to funders should be seen as promoting fundraising, not as favors that help development staff
— your business and program departments should accept training from fundraising staff about simple ways to create a fundraising culture
— everybody else can accept training on how their jobs support fundraising
— it starts with hiring; consensus was that an enthusiastic attitude can make up for a lack of non-critical skills
— if you you’re constantly fighting to get fundraising recognized, it may not be the right place for you

Many thanks to the leaders of AFP NYC. A special shout to Holly Koenig, who first tapped me for the program.