Fields Jackson: Diversity In Your Office 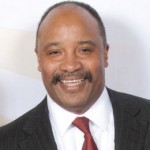 Fields Jackson is editor of “Racing Toward Diversity Magazine.” We’ll talk about the business reasons for having a diverse workplace. (Originally aired on March 28, 2014)

We’re explaining the new top level domain–and its affiliated community–for nonprofits throughout  the world. Plus, a primer on how domains are managed by ICANN. I learned a lot! My teachers are Glen McKnight, secretariat of NARALO (it represents you!); Andrew Mack, principal of AMGlobal Consulting; and Evan Leibovitch, global vice chair of the At Large Advisory Committee of ICANN. (Originally aired on April 18, 2014 and recorded at the Nonprofit Technology Conference, hosted by NTEN.)