Diane Oates: Online and at Risk? 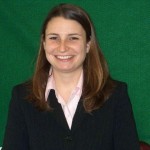 Do you accept donations online? Have a “donate now” button? Are you using crowdfunding sites? You may need to register with lots of states, not just your own. Diane Oates is an assistant attorney general in the consumer protection division of the Florida AG’s office and a former National Association of State Charities Officials (NASCO) board member. (Originally aired July 11, 2014.)

Gene Takagi, our legal contributor and principal of the Nonprofit & Exempt Organizations law group (NEO), walks us through this important board responsibility: hiring the executive officer.  (Originally aired July 11, 2014.)