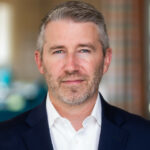 We can’t hit all of them, but that’s the title of Derik Timmerman’s book. He’s got advice like “give to gain,” “hire with ruthless selectivity,” “win while you’re sleeping,” and “eat last and get dirty.” We’ll talk about these and other ideas. Derik is the founder of Sparrow Nonprofit Solutions.

There’s lots of talk about strategic planning. Lots of time and money devoted to ambitious plans—which often sit on a shelf. It takes leadership to drive strategic execution. What does that leadership look like? Joe Pajer walks us through, with his experience from the corporate sector.