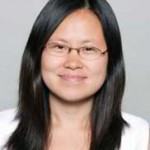 Jen Shang is a professor at the Center on Philanthropy at Indiana University. She’s a philanthropic psychologist. Her research found five words that can raise your telemarketing revenue.

How do you find giving circles in your community and connect with them? Maria Semple is our prospect research contributor and The Prospect Finder.