That’s Beth Kanter and Allison Fine’s new book, revealing the potential of smart technology and artificial intelligence for your nonprofit, and the entire sector. Beth and Allison are with us to share their thinking. 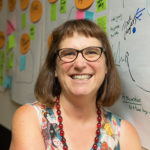 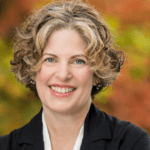 [00:00:44.94] spk_0:
Oh, I neglected to mention, you hear me, you hear me do an intro to the show and then we’ll chat uninterrupted and then I’ll do the outro and then I could say goodbye Hello and welcome to Tony-Martignetti non profit radio big non profit ideas for the other 95%. I’m your aptly named host of your favorite abdominal podcast. Oh, I’m glad you’re with me. I’d bear the pain of infra occlusion if you made me chew on the idea that you missed this week’s show. The smart non profit That’s Beth Canter and Alison finds new book revealing the potential of smart technology and artificial intelligence for your nonprofit and the entire sector.