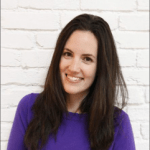 It’s not too late to make a splash for Giving Tuesday, November 28th. But “too late” is fast approaching. Jessica Schneider from the 92nd Street Y has your last minute tips, tricks and strategies.

It may not be too late but “too late” is fast approaching. Amy Sample Ward has what you need for Giving Tuesday success in the social networks. She’s our social media contributor and CEO of NTEN, the Nonprofit Technology Network.