Laurence Pagnoni: Getting To The Next Level 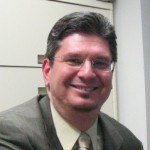 Laurence Pagnoni is author of the book, “The Nonprofit Fundraising Solution.” Based on his work as an executive director and fundraising consultant, he has proven strategies to get you to the next level of fundraising revenue. (Originally aired November 8, 2013)