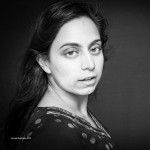 These by-products of our relationships with donors, bosses and peers can make your success or break your heart. Nina Chanpreet Kaur, organizational consultant and doctor of social problems, shares her research on trust.

Maria Semple: Why The Rich Give

Maria Semple is back. She’s our prospect research contributor and The Prospect Finder. She’ll walk us through the 2014 US Trust Study of High Net Worth Philanthropy.