You’re smarter than the Trump Foundation. You know you need to be registered in each state where you solicit charitable donations. I can help. Plus, video panel interviews from Tony Martignetti Nonprofit Radio and NTEN’s 2016 Nonprofit Technology Conference (#16NTC).

There’s so much you can measure, where do you start? Meico Whitlock and Rebecca Reyes answer that, and: What data does almost every nonprofit need to capture? Which deserves weekly attention versus monthly or annual? Plus, they have lots of resources! Meico is digital communications consultant and associate director of communications at NASTAD. Rebecca is digital marketing consultant at Spring Media Strategies. We talked at the 2016 Nonprofit Technology Conference last week, hosted by NTEN, the Nonprofit Technology Network. This is the first of 32 smart interviews from NTC. 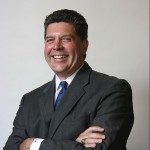 How did 1st quarter fundraising go and what’s changed in the full-year forecast since January? Atlas of Giving has the data and CEO Rob Mitchell shares all. Rob will be with me at the end of each quarter for analysis.