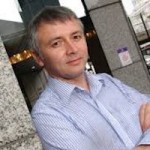 There’s a lot of conventional wisdom about how to be donor centric and build strong relationships. But what does social psychology research tell us about how to achieve these and what your donors expect from you at each relationship stage? Adrian Sargeant is a professor at Plymouth University and directs its Centre for Sustainable Philanthropy. (Originally aired March 18, 2016)