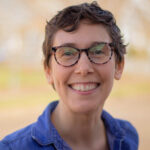 It’s the 2022 Nonprofit Technology Conference and it’s for everyone who uses technology to work for social change. That’s you. It’s a big, virtual gathering of smart, fun people. And me. Our Amy Sample Ward, CEO of NTEN, shares what’s in store.