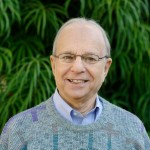 Eugene Fram is author of the book “Policy vs. Paper Clips.” He introduces you to a corporate model of board governance to cut out the minutia from agendas so your board can focus where it should, on policy and planning. He’s professor emeritus at Rochester Institute of Technology, (Originally aired on April 26, 2013.)