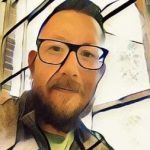 We’re on our phones all day. Messaging is there, too, in multiple forms. How do you exploit messaging as a marketing channel? Michael Sabat with @mssg shows you the way.

Amy Sample Ward: Are You Cheating At Social?

Buying likes. Buying followers. Buying emails. Buying ads. Buying content. Are those cheating in the social networks? Do the cheaters win? Our social media contributor and the CEO of NTEN shepherds you. She’s Amy Sample Ward.

Getting Your Donors To Fall In Love With You, video from Farra Trompeter at Big Duck

A Conversation With Amy Sample Ward, Part Deux; interview about her book, Social Change Anytime Everywhere (which I strongly recommend for strategy and tactics)

Followship, interview with Allison Fine, co-author of The Networked Nonprofit

How To Use Social Media In Year-End Drives, Fundraising Fundamentals interview with Natalie Stamer at St. Baldrick’s Foundation