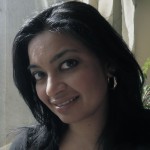 Lina Srivastava is a storyteller and filmmaker. As you plan your stories for 2015, she wants you to know there are boundaries.

There are lots of apps and sites to help you organize supporters and volunteers in 2015. Amy Sample Ward is our social media contributor and CEO of NTEN, the Nonprofit Technology Network.