Diane Leonard: Your Grants Team, In & Out 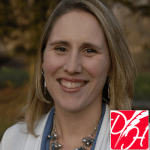 Diane Leonard returns to share her wisdom on your internal and external grants teams. Who needs to be part of your inside processes and who manages your outside relationships with your funders? Diane is president of DH Leonard Consulting.