Roger Sametz: Your Board As Brand Ambassadors 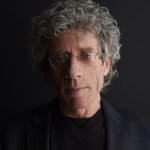 Does your board know the basics of your brand? Do you? How many volumes in your story library and how do you build your board’s talent at sharing them? Roger Sametz is president and CEO of Sametz Blackstone Associates, a brand consultancy. (Originally aired March 20, 2015)