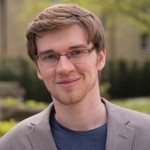 William MacAskill is the author of “Doing Good Better,” a book that introduces effective altruism for individuals. There are worthy takeaways for your nonprofit as we discuss how your donors can give smarter to make the greatest difference. (Originally aired Aug 14, 2015)