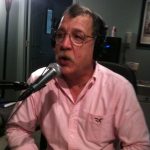 Features of today’s charitable community emerged from clear points in history. How did women come to outnumber men in the sector? Why is the northeast dominant? Dr. Robert Penna returns to reveal the formation of our modern charity complex. His book is “The Nonprofit Outcomes Toolbox.”

The Department of Labor has issued new rules for classifying which employees are eligible for overtime. They’re effective December 1 so you need to know what’s up. Who’s got your back? Gene Takagi, our legal contributor and managing attorney of the Nonprofit & Exempt Organizations law group (NEO).