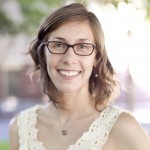 Our social media contributor and the CEO of Nonprofit Technology Network (NTEN), co-authored this smart book, “Social Change Anytime Everywhere.” When it was published in 2013 we talked about how your nonprofit can raise money, find advocates and move the needle on engagement in our anytime, everywhere world. It’s worth hearing again. (Originally broadcast on March 15, 2013)