There were big technical problems on Friday, Dec. 17th, which kept the show from streaming. We recorded it, but it didn’t go out. So, the High Net Worth Study and Enviable Newsletters show will be streamed on New Year’s Eve, 12/31, during the regular show time. Also, we’re finally approved on iTunes, so this and other episodes will also be there for you to download and listen to after the broadcasts.

Scott is our regular tech contributor.

Topic:
Enviable eNewsletters: How to create the strongest eNewsletters that move your donors & volunteers to action. 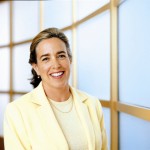 Topic:
Bank of America High Net Worth Study: What’s in the numbers and what do they mean for you?

You can download the study here: 2010 Bank of America Merrill Lynch Study of High Net Worth Philanthropy and on the show’s media page.

Here is the link to the podcast: 022: High Net Worth Study & 7 Principles for a Successful Newsletter