Steve MacLaughlin: What Does The Data Divulge?
Predictors for planned gifts. The state of online giving. And what to expect for 2019 fundraising. Steve MacLaughlin from Blackbaud shares the data on these topics and explains what it means. 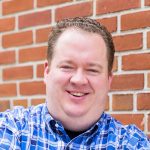 Change is a constant in the online space. What does that mean for your fundraising plan? Fundraising consultant Joe Garecht shares his wisdom.