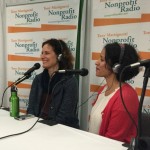 Is consulting to nonprofits for you? Do you have the personality for it? What about marketing, pricing and setting boundaries? Julia Reich is owner of Stone Soup Creative and Marlene Oliveira is principal of moflow, a communications consultancy. We talked at NTC 2015, the Nonprofit Technology Conference.

Melissa McCormack: Top Skills For Your Board 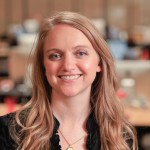 Software Advice has a report on what skills to look for as you recruit board members. Melissa McCormack is their market research manager.