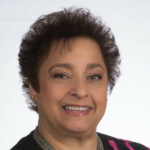 We’re kicking off a new feature, highlighting long-career retirees from the nonprofit community who have ideas, wisdom and experience to share. JoAnn Goldberger is our inaugural Nonprofit Emeriti guest. She shares strategies for getting your org to the next level. You’ll find her on LinkedIn.