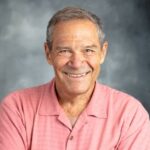 Michael Davidson died last week. The show is a replay of his last guest appearance, from October 18, 2021. Michael was on with his co-author, Brian Saber, and we talked about their book, “Engaged Boards Will Fundraise.”

If you’d like to make a contribution in his memory, Michael has asked that all memorial gifts go to SAJ, his beloved synagogue in NYC.

If you’d like to share your thoughts about Michael, you can email them to tributestomike@briansaber.com. Brian will send them to Michael’s family.

[00:02:44.84] spk_0:
Hello and welcome to tony-martignetti non profit radio big nonprofit ideas for the other 95%. I’m your aptly named host of your favorite abdominal podcast. Yeah, this is a tribute show. Michael Davidson died last week. He’ll be remembered as a smart, funny, humble giving gentleman. His decades working with boards and his time as chair of governance matters gave him clarity around building healthy, efficient fundraising nonprofit boards. Michael shared his wisdom so generously including with non profit radio listeners. My tribute to Michael is a replay of his last time as a guest he was on with his co author and colleague brian Saber. If you’d like to make a contribution in his memory, Michael has asked that memorial gifts go to S A. J. His beloved synagogue in new york city. They’re at the S AJ dot org. If you’d like to share your thoughts about Michael, you can email them to tributes to mike at brian saber dot com, brian will send them to Michael’s family From October 18, 2021 here is engaged boards will fundraise. Okay, it’s my pleasure to welcome back Michael Davidson and brian Saber, Michael is a consultant specializing in nonprofit board, development management, support, leadership, transition and executive coaching for nonprofit managers. He has over 30 years experience in nonprofit board and managerial leadership. Michael’s at board coach dot com brian Saber is a co founder of asking matters and one of the field’s preeminent experts on the art and science of asking for charitable gifts face to face. He’s been working with boards for more than 35 years to help unlock their fundraising potential. Brian’s company is at asking matters dot com and he’s at brian Saber together, Michael and bryan co authored the book, engaged boards will fundraise how good governance inspires them. Their book brings both of them and back to nonprofit radio Michael and BRian welcome back to the show. What a