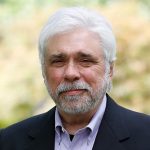 Doug White is the author of “Abusing Donor Intent: The Robertson Family’s Epic Lawsuit Against Princeton University.” He returns to tell how trust eroded between donor and university, and a $35 million gift from 1961 ended in a messy lawsuit. He’s got lots of lessons to share to help you avoid the same. (Originally aired May 9, 2014)