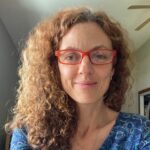 Jen Frazier talks you through. What do you want in your workplan? How does the pandemic impact your strategy? It’s a comprehensive convo for your 4th quarter. She’s founder of Firefly Partners.

[00:02:04.74] spk_1:
Hello and welcome to tony-martignetti non profit radio big non profit ideas for the other 95% on your aptly named host. Oh, I’m glad you’re with me. I’d suffer the embarrassment of or a facial granuloma if I came to learn that you missed today’s show. End of year fundraising in Fraser talks you through end of your fundraising. What do you want in your work plan? How does the pandemic impact your strategy? It’s a comprehensive convo for your fourth quarter. She’s founder of Firefly. Partners on tony Stick to Planned Giving accelerator were sponsored by turn to communications, PR and content for nonprofits. Your story is their mission. Turn hyphen two dot ceo and by dot drives raise more money, changed more lives. Tony-dot-M.A.-slash-Pursuant a free month. My pleasure. Thio Invite for the first time to the show, Jen Fraser. She founded Fire Fire Fire Fly Partners in 2007 and has more than 20 years of experience in the nonprofit sector. She’s been at Planned Parenthood Federation of America and part of the team that planned and executed the march for women’s lives in 2004. Ah, high point in her career, she lives in Boulder, Colorado, with her two kids and gets around mostly by bike. Jen has a knack for putting things together, from project budgets and puzzles to Ikea furniture. The company is that Firefly partners dot com, and she’s at Jenna T. Firefly like Rufus T. Firefly, who knows that movie reference? Rufus T. Firefly. But she’s Jenna T. Firefly with one end. Yeah, T Firefly. Welcome to the show.