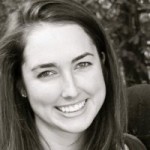 Alison Dorsey is the social impact manager at LinkedIn. She wants you to understand the value of their Volunteer Marketplace and how to use it.

Vikki Jones and Christine Hughes will help you avoid common problems and improve your internal communications between people and departments. Christine is director of individual giving and external relations at Westchester Medical Center Foundation and Vikki is planned giving officer at Weill Cornell Medical College. (Recorded at Fundraising Day 2014)