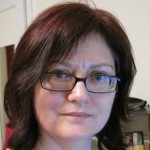 MOCA’s lessons are your take aways for your next search.

Karen is a human resources consultant working with start-up organizations to protect and grow their businesses.

This is the job they’re seeking to fill at the Museum of Chinese in America (MOCA): Curator and Director of Exhibitions. You can also find it here on the show’s media page.

7 Things You Must Do On Your Facebook Page, with Scott Koegler.

Scott is our regular tech contributor and editor of Nonprofit Technology News.  He always brings simple, smart advice.  And I get to tease him a lot about Jargon Jail.  He’s been sentenced a few times.

Here is the link to the podcast: 030: We are Looking and Fabulous Facebook
View Full Transcript